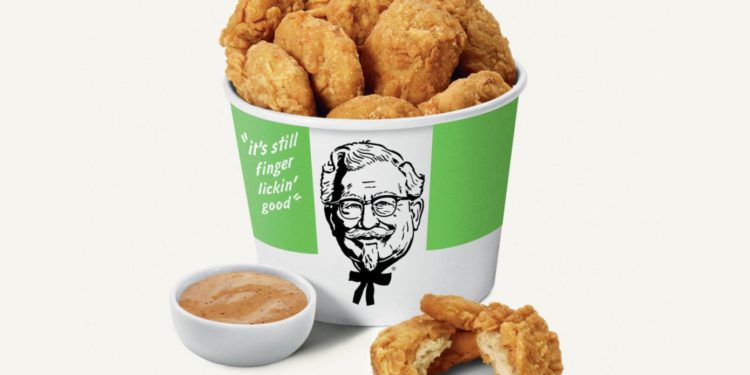 In its bid to become the world’s biggest chicken restaurant, Colonel Sanders wants to test KFC’s potential to sell plant-based chicken with its new partnership with vegan meat producer, Beyond Meat.

KFC wants to know if a vegan chicken is also finger-lickin’ good as they roll their new menu in a select restaurant that offers chicken from Beyond Meat. The first nuggets are going on sale at a single restaurant on August 27th in Smyrna, Ga.

The experiment will see if there is potential for KFC to sell more vegan and plant-based meals, and the test could expand depending on its results. This is also not the first time that KFC has experimented with healthy alternative food products. In the U.K., they tested if the market thinks the “Impostor Burger” is good enough to be in the fast-food chain’s global menu.

“KFC is an iconic part of American culture and a brand that I, like so many consumers, grew up with. To be able to bring Beyond Fried Chicken, in all of its KFC-inspired deliciousness to market, speaks to our collective ability to meet the consumer where they are and accompany them on their journey. My only regret is not being able to see the legendary Colonel himself enjoy this important moment,” said Ethan Brown, founder, and CEO, Beyond Meat, in a statement.

“We wanted to get back to our roots and show our appreciation to the place where it all began with a little sneak preview,” the company wrote on Instagram. “…Come be among the first to try this delicious new product that delivers the versatility, meaty texture, and juiciness of ground beef with less of the baggage!”